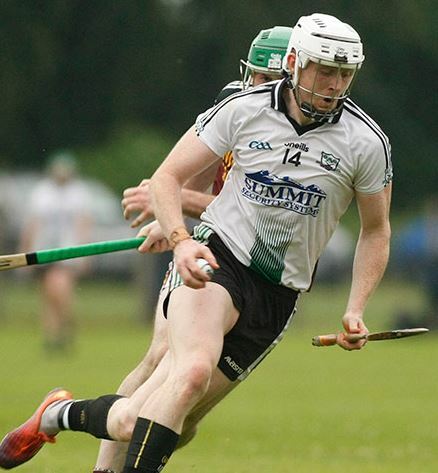 Longwood SHC Group B - Round 5

The exhalation of relief was palpable as Longwood’s hurlers secured their senior status in the final seconds of the final group game of the 2022 championship.

Longwood’s trademark grit and determination was on display for all in attendance to see. In addition to their tenacity, when the moment demanded it, the boys displayed a touch of class which was pivotal in securing victory. But more of that anon.

Longwood travelled to Kiltale knowing that nothing less than victory would give them a chance to play senior hurling in 2023. Blackhall Gaels arrived on the back of three successive wins but also needed something from the game to advance to the quarter-finals. With so much at stake for both teams, a tight and tense encounter seemed inevitable, and so it transpired.

Blackhall Gaels were first to trouble the scoreboard when they landed their opening point with little more than a minute on the clock. The ensuing puck out saw Damien Healy pluck the ball from the clouds, a feat he would repeat a number of times, before his shot was deflected wide. Anthony Healy converted the resulting 65 to bring the sides level.

The teams would trade scores throughout the remainder of the half with never more than a puck of the ball between them. Blackhall Gaels would twice stretch their lead out to three but a trio of excellent long-range points from Mickey Burke (two) and Ryan Moore kept Longwood within touching distance. Two pointed frees from Anthony Healy in the closing minutes of half reduced the margin to the minimum as referee Stephen Masterson blew the half-time whistle.

With only thirty minutes left to secure their survival, Longwood were fully aware that there would be no second chances. The time for action was now. Sean Coloe was fully aware of the gravity of the situation, and he showed his customary leadership, defiantly driving the sliotar between the posts from close to halfway. A third Mickey Burke point soon followed, and Longwood led for the first time.

But the boys from Batterstown and Kilcloon responded in style. Showing the form that had propelled them to the top of the table, they reeled off four successive points to take control of the game with less than twenty minutes to play.

Longwood were in desperate need of inspiration, and it was to arrive in spades. Mickey Burke won possession and fed the ball to Damien Healy. As Healy advanced into opposition territory, he noticed Ryan Moore making a supporting run off his shoulder; a slick handpass transferred possession of the ball to Moore, who had only one thought in his mind. Without breaking stride, he unleashed a thunderous shot to the roof of the net. The black and white faithful roared their approval.

Blackhall Gaels responded once again with a point from play. Was all Longwood’s work to be in vain? Sean Coloe didn’t believe so as he scored another prodigious point from distance. Another Healy point from a dead ball gave Longwood the lead but the concession of yet another free afforded their opponent the opportunity to equalize.

Two minutes remaining and the teams remained deadlocked. While a draw would suffice for Blackhall Gaels, it would be of little use to Longwood. Ryan Moore and Anthony Healy knew as much and both registered late points to all but secure the prize.

The final dramatic act saw Blackhall Gaels win a free on the Longwood 20 metre line but the free sailed over the bar and the final whistle soon followed.

A fantastic, if heart-stopping, victory for Longwood. The win, combined with a loss for Boardsmill, ensured they retained their senior credentials for next season. Mission accomplished.

Huge credit is due to the players. They recognized the seriousness of the situation and rose to the challenge. Unsung heroes like Thomas Coloe, Ross Kerrigan, Johnny Furey and Gavin Griffith worked tirelessly throughout while the Healy brothers, Ryan Moore, Mickey Burke and Sean Coloe kept the scoreboard ticking.

Aaron Ennis and Mick Hogan must also be congratulated having stepped up to the plate after two opening round losses. They rallied the troops, restored the players’ confidence and this result is indicative of their enormous contribution.

The players can relax and savour this success. But not for long – next Saturday sees the majority of the team tog out for the Intermediate Football team in Round 3 of that particular championship. Such is life for a small dual club, but on days like this we wouldn’t have it any other way!

Moyfenragh battle it out for semi-final place

Missing your regular dose of football? Fear not, while ...

Please note that the main entrance gates to our club gr...

The fixtures have been announced for the 2023 National F...

Following on from our super successful Gameathon, our in...