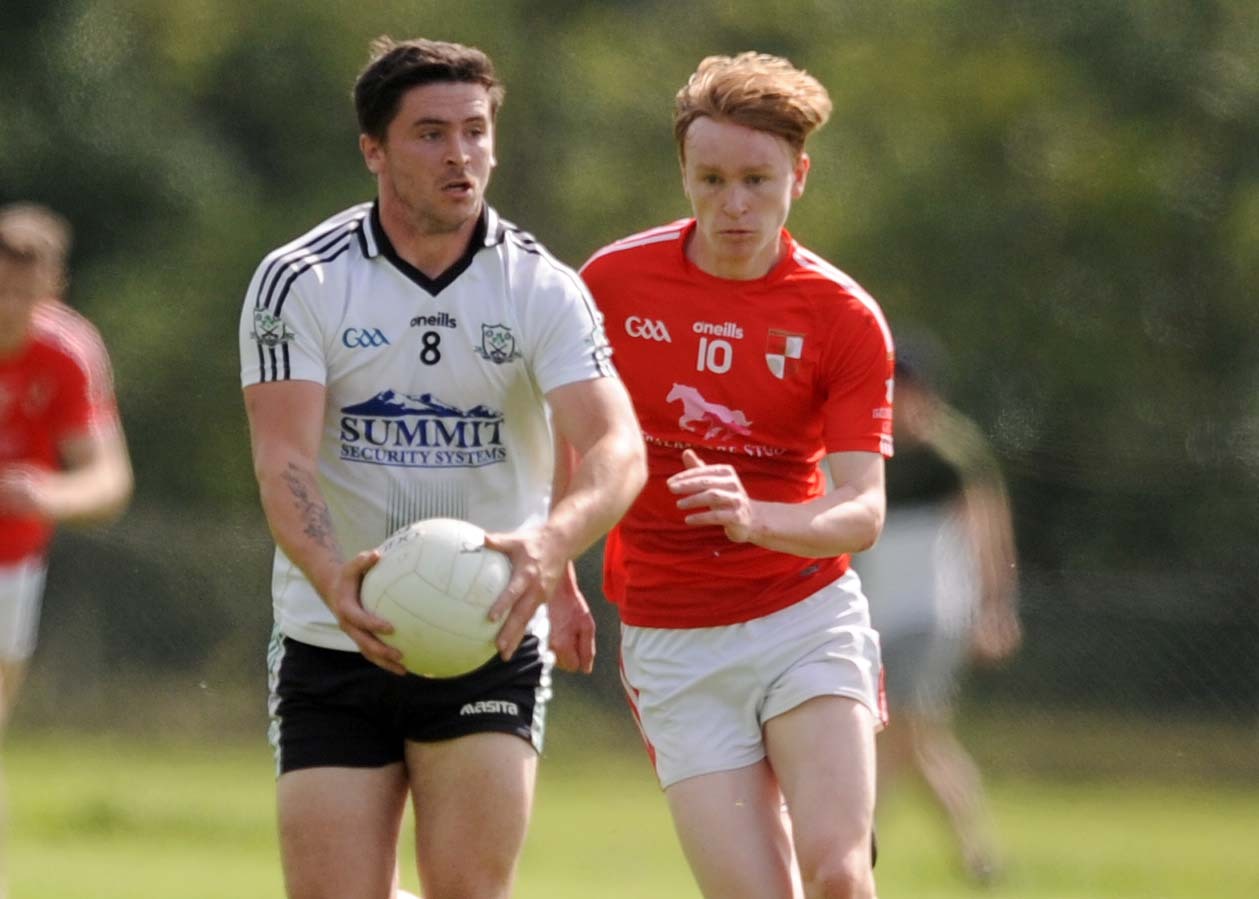 Longwood IFC Group B - Round 1

Longwood’s intermediate footballers got their 2022 championship season off to a flying start with a deserved victory over Drumbaragh.

While the Drums understandably came into the match as favourites on the back of an excellent league campaign, Longwood pride themselves on being at their best come championship, and they certainly delivered on Saturday evening.

The game was played on Kildalkey’s pristine pitch, and a combination of the warm evening sunshine and opening round optimism drew an excellent crowd.

Longwood signalled their intent from the get-go as Ryan Moore slotted over Group B’s opening point after a mere 14 seconds. The following six minutes saw both teams trade points and they were tied at three points apiece with eight minutes on the clock. But the real action was about to begin.

A precise foot pass from Mickey Burke saw Thomas Coloe receive the ball at the junction of the side-line and the 20-metre line; sensing an opportunity, Coloe turned on the afterburners and left his marker trailing before coolly driving a low shot to the net.

Longwood had seized the initiative and were not about to give it up. Successive points from Mickey Burke and Ryan Moore were embellished by a goal from the latter. The Longwood attack sliced through the opposing defence, working the ball to Moore who showed his class by side-stepping the goalkeeper before slotting the ball home. From being level after eight minutes, Longwood had sprinted to an eight-point lead after fifteen minutes. A real power play by the men from south Meath.

They would raise two more green flags before the half-time break courtesy of a left-footed finish from Billy Hogan and a pile-driver from Sean Coloe, revelling in his role as captain.

With the half drawing to an end, Drumbaragh launched a dangerous-looking attack which resulted in a penalty after a collision close to goals. Hughie Corcoran stepped up and tucked it away to give his team and supporters a flicker of hope.

After such an incredibly open and high-scoring opening half, it was always going to be difficult to replicate it after the break. And so it proved. Longwood would open the scoring thanks to a 45 from the majestic boot of Harry Hogan, his third point from a dead ball, and by far the most impressive given he was kicking into the breeze.

To their credit, Drumbaragh continued to push forward and kicked the next three points to reduce the margin to seven with over twenty minutes left to play. This run of scores combined with a black card for midfielder Niall Mulvey may have given Longwood supporters a nervous moment or two but they needn’t have worried. Two pointed frees from Ryan Moore and Mickey Burke calmed the nerves and a second goal from Thomas Coloe effectively ended the contest.

An excellent start for Longwood under the stewardship of Vinny Byrne. It was a real team performance with contributions coming from all sectors of the field. A special mention to Ciaran Sheridan and Scout Hanna who graduated from last year’s minor panel to play their first championship game for Longwood and both lads performed with tremendous credit.

So, two points on the board but with big games to come against Nobber and Dunderry, both of whom were sure to have been watching closely, Longwood’s players and management will be well aware that there is much hard work to be done.

But for now, they deserve to enjoy a job well done.

Hurling takes centre stage over the coming week with a senior championship tussle against Kilmessan on the horizon next weekend.