U15 Hurlers lose out narrowly in League Final 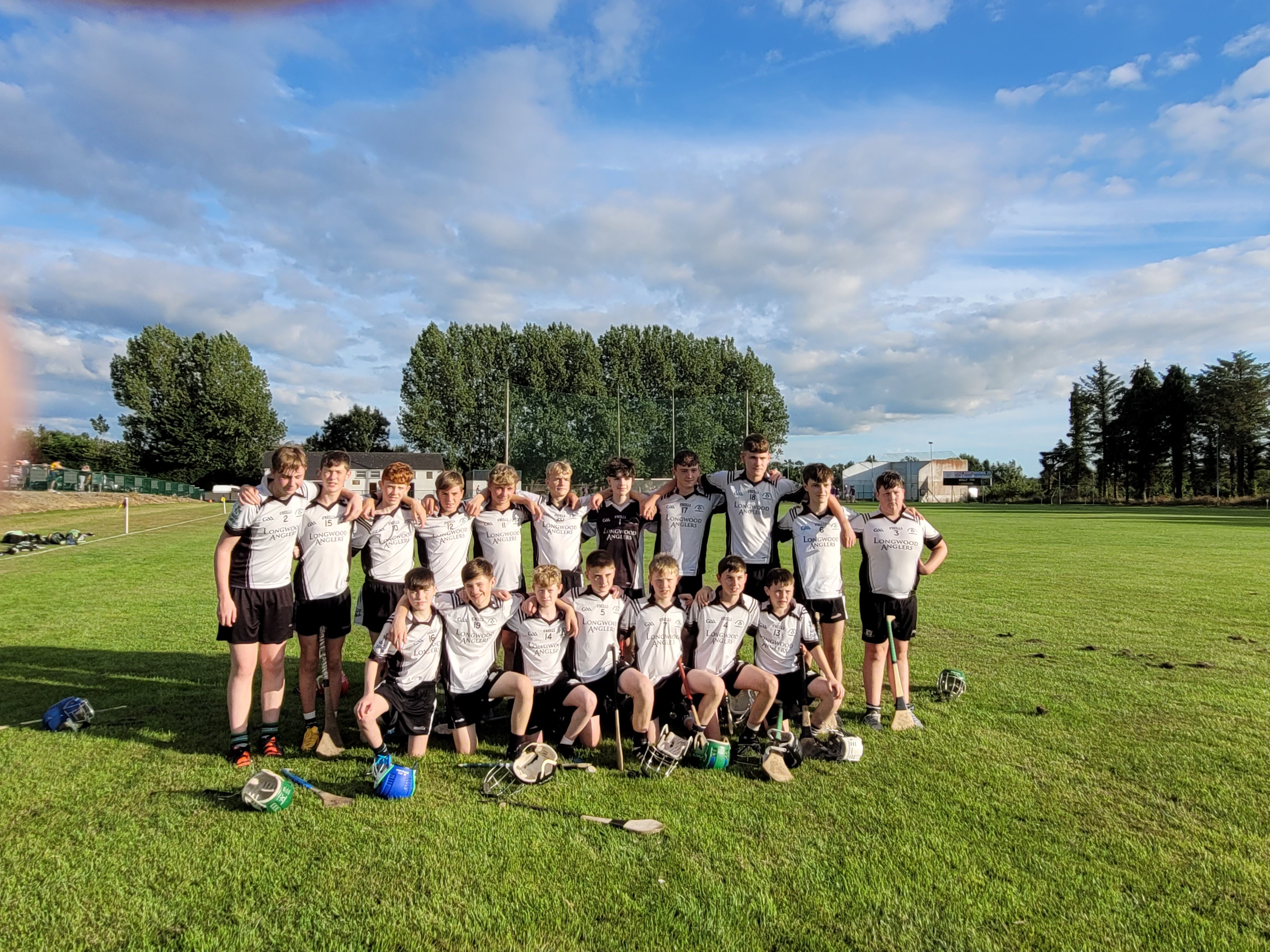 Longwood's U15 Hurlers lost out to a strong Wolfe Tones team in Sunday evening's League Final in Kilberry.

Our boys gave it everything, as the victorious Tones captain said in his acceptance speech "you gave us the toughest game we've had all season", and we can only take pride in their performance.

Despite being under pressure for much of the first half, Longwood managed to stay in touch thanks to the dead-ball accuracy of Conor Dixon who registered 1-2 in the opening half and an inspirational point from the industrious Henrik Peciuzyte.

Early second half points from Dixon and William Phillips gave Longwood the lead but their scoreboard superiority was to be short-lived. Wolfe Tones would assume control and register five unanswered points from play to give them a commanding four point lead with just a couple of minutes remaining.

With nothing to lose Longwood pushed players forward and one such player, half-back Ronan Greene gained possession inside the square and was just about to shoot when he was fouled by the home defence. The referee blew the whistle and extended his arms - a penalty! With little time left, a goal was the only option and Conor Dixon answered the call, unleashing a thunderbolt to the roof of the net. The deficit was now just one point and Longwood had renewed energy and belief. Rian Duffy won possession about 45 metres from the opposition posts and appeared to be fouled but the referee amazingly gave the decision the other way.

To their credit, Wolfe Tones tagged on two late points to secure victory. While tough to stomach, in the cold light of day we can acknowledge that they were fully deserving winners.

But Longwood emerge with great credit, particularly given that most of the team will be U15 again next season.

The inspirational Conor Dixon led from the front, ably assisted by Dean Phillips and Ronan Greene on either side of the half back line. But it was a real team performance, each and every player giving everything for the Longwood jersey.

While the boys are sure to be disappointed, in time they will learn from this game and improve for the championship which starts on Wednesday evening.

Keep the heads up lads, you are doing Longwood proud!

We congratulate Wolfe Tones and wish them well for the upcoming championship. They very kindly provided food and refreshments for our players after the game and this kind gesture was very much appreciated.