Much improved performance ends in defeat for senior hurlers 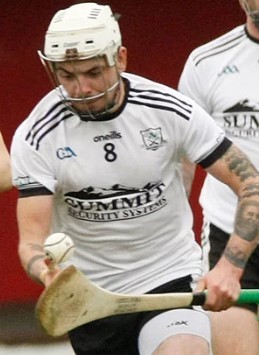 Longwood SHC Group B - Round 2

Longwood’s senior hurlers suffered defeat in round two of the championship, coming out on the wrong side of a three-point margin against a familiar foe in the shape of Clann Na nGael.

The result will sting for a Longwood team that played some excellent hurling on the night, particularly in the opening half.

The men in white exploded from the blocks and totally dominated the opening quarter, at the end of which they led by 1-6 to 0-1. The goal was expertly taken by Damien Healy who caused havoc in the opposing defence early on. It was just rewards for Damo after he crashed a rasping shot off the crossbar just a minute earlier. In addition to the goal, Longwood also scored some excellent points from distance courtesy of Billy Hogan, Mickey Burke, Ryan Moore and Karl Ennis.

At this stage of the game Longwood were completely dominant around the middle third of the field with Sean Coloe, Gavin Griffith and Joe Stenson leading the charge, competing with ferocious intent for every ball.

Whilst all looked well, a critical turning point would arrive in the 21st minute when a wayward shot from Clann Na nGael ricocheted off a Longwood hurl and found it’s way to the back of the net. Such a fortuitous goal jolted the Athboy men into life and they bagged a second goal soon after. On this occasion, Longwood net-minder Mark Kennedy pulled off a fine save only to see an onrushing forward finish the rebound to the net.

The teams traded points over the closing minutes of the half and Longwood took a three-point lead to the dressing rooms. It seemed like scant reward given how dominant they had been over most of the opening period.

The third quarter was very much like a game of chess with both teams matching other closely on the pitch and on the scoreboard. The opening fifteen minutes saw the sides share six points, meaning Longwood retained their half-time advantage.

Clann Na nGael’s Éamon Ó Donnchadha became ever more prominent at this stage, the Meath forward scoring a number of excellent points from play and these scores helped bring the teams level.

Longwood’s indiscipline proved costly in the closing 10 minutes, the concession of a number of frees gave their opponent the chance to tack on a number of points and kick for home. Despite a pair of Anthony Healy points from frees, Clann Na nGael finished stronger and had pushed their advantage out to three points when referee Stephen Masterson called a halt to the action.

Longwood will be disappointed with the result; the disappointment will be tempered slightly by the knowledge that they improved out of all recognition from their opening round defeat.

The boys played some excellent hurling and there were fantastic individual displays from Johnny Furey, Mickey Burke, Damien Healy and Gavin Griffith to name but a few. But after a long losing streak, they need a win. Any kind of win, no matter how ugly, will do. It would provide a much-needed boost of confidence and give the boys a tangible reward for their efforts.

Next up is a local derby against parochial rivals Killyon on July 31st.