Agonising defeat for U14 Footballers 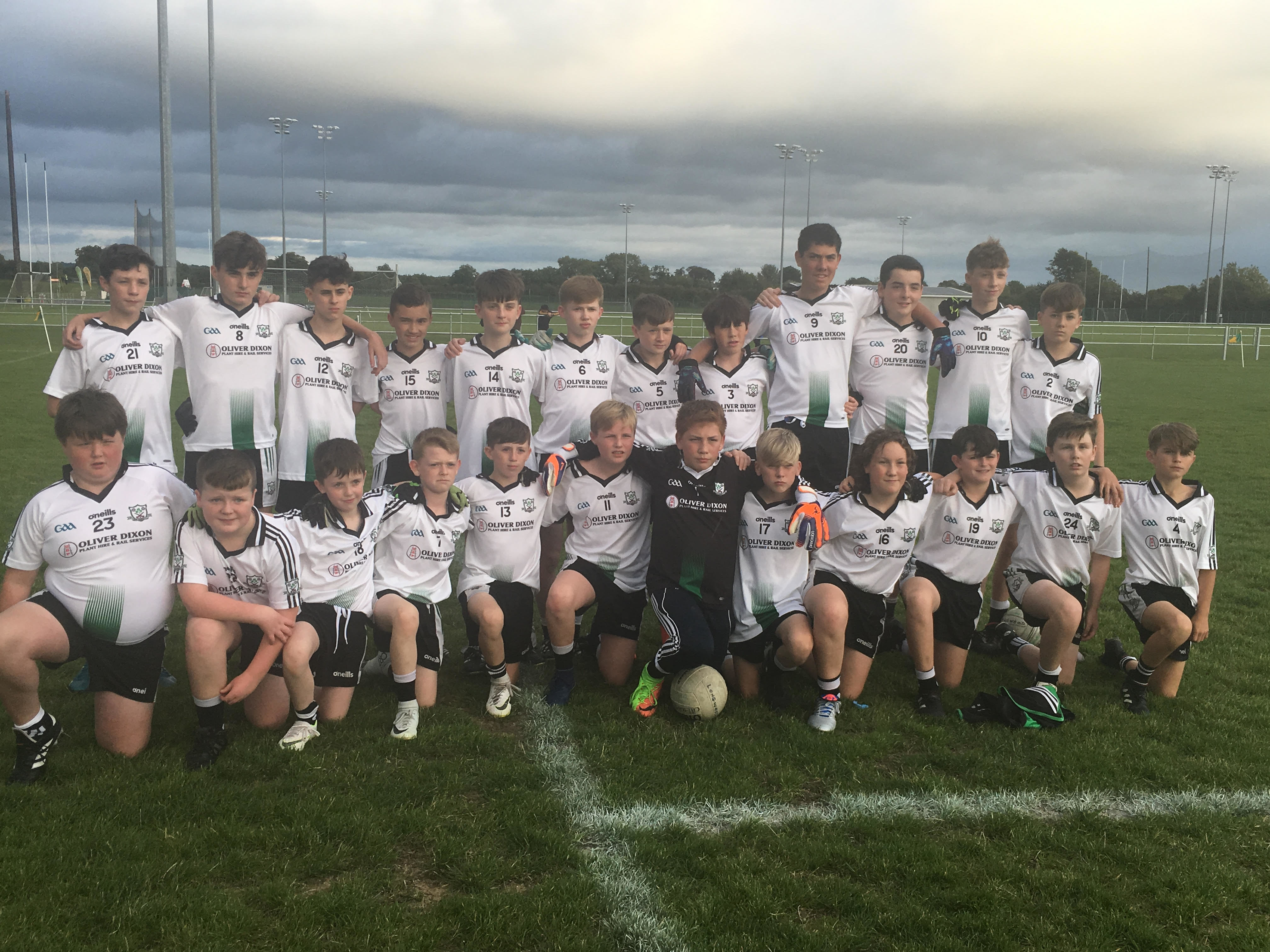 Longwood’s U14 footballers suffered a heart-breaking defeat last night, losing the championship final by a solitary point against rivals Moynalvey on a score line of 1-9 to 2-5.

The panel has performed incredibly well all season - playing 14 games in domestic competitions with a record of 10 wins, 1 draw and 3 losses.  This represents a record that any team would be proud of but cruelly the 3 defeats all came in finals (Spring League, Summer League and Championship).  So while there is a strong case to argue that the boys have been the most consistent team at their grade in Co Meath, sadly they have no tangible reward for their heroic efforts.  This seems very unfair but such is the nature of sport.

But players are not defined by medals; rather they are measured on intangibles such as heart, pride in their club and community, courage in the face of adversity.  In such circumstances, Longwood can be immensely proud of their young footballers.  They have given tremendous service to the club all season and are an absolute credit to their families.

When the pain eases, and it will, the players will look back on the year with fondness.  They performed strongly in all competitions and will forever cherish the special memories that Féile Peile Na nÓg provided earlier in the summer.

It may not feel like it right now but 2018 was a fantastic year.

Well done boys..............hold your heads up high, keep working on your skills and your day will undoubtedly come.

Best of luck to our juvenile players sitting their exams

The first week in June signals the start of the Junior a...