Shield glory for U14 Hurlers 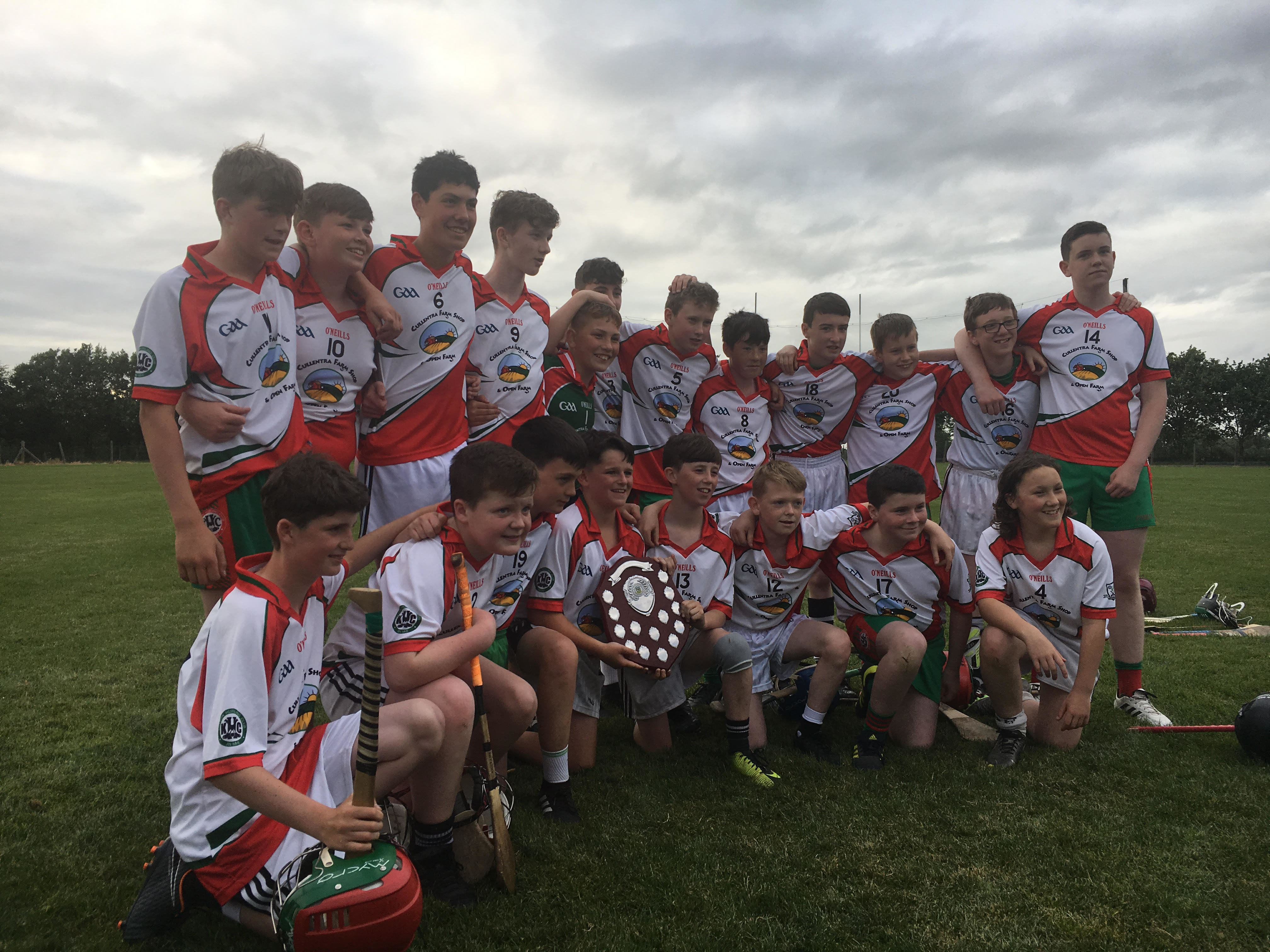 Published: about 4 years ago

Longwood/Killyon's U14 hurlers produced a storming second half display to secure a deserved victory in this evening's Shield Final in Longwood.

The home team struggled to get a foothold in the opening half with only a brace of points from James Connolly to show for their endeavours.

The second half was an altogether different story with ace marksman Connolly registering a goal and a point in the opening 3 minutes to draw the sides level.

These experienced players provided a strong spine to the team and were helped by their younger counterparts, many of whom are still U12.