Derek Lynch visits Longwood on his fundraising tour of the county 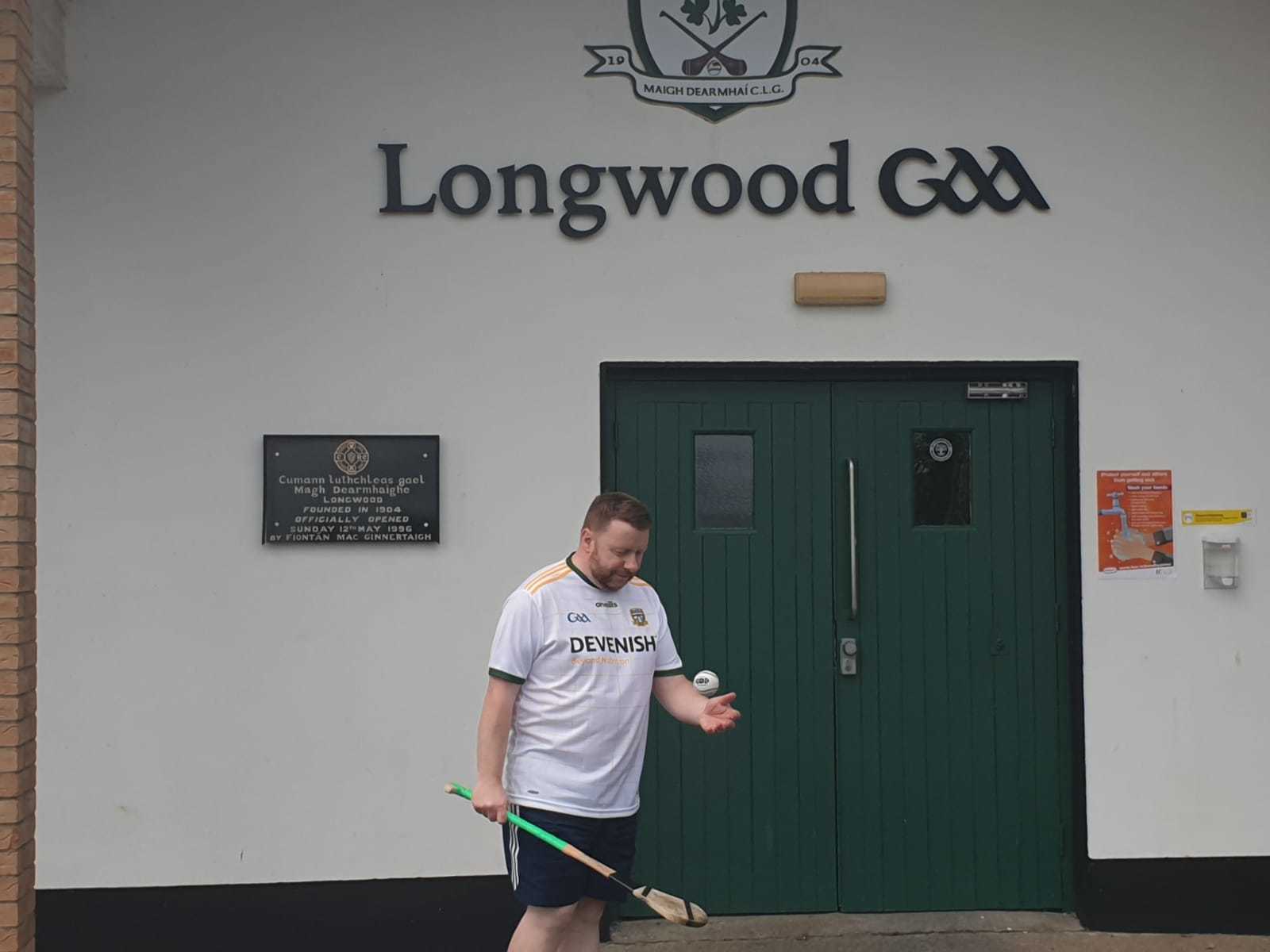 Meath GAA supporter Derek Lynch is taking on the challenge of visiting every GAA ground in the county, in just 24 hours, to raise vital funds for A Better Life For Livie, a fundraising drive for baby girl Livie (Olivia) Mulhern, who has been diagnosed with SMA.

Starting at his local hurling club Kilskyre this morning and finishing at his local football club Ballinlough, the journey will cover over 60 club grounds. Derek is making sure to kick or puck a point in every pitch but if the gates are closed, he will solo outside the grounds instead.

Derek arrived at Longwood shortly after 4.00 p.m. Despite taking some slagging over the 2018 Intermediate Football Final result, he calmly slotted the ball over the bar (on his first attempt!) before jumping in his car and heading for Clonard and Ballinabrackey.

Fair play Derek, we hope the fundraiser is a massive success.

If anybody would like to donate they can do so at https://gf.me/u/ydj8wp 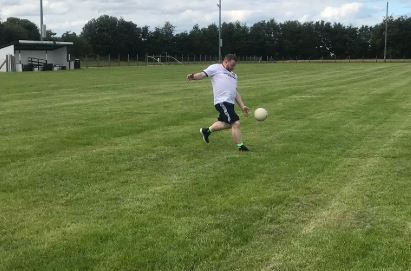