U13 Hurlers shine in League Final 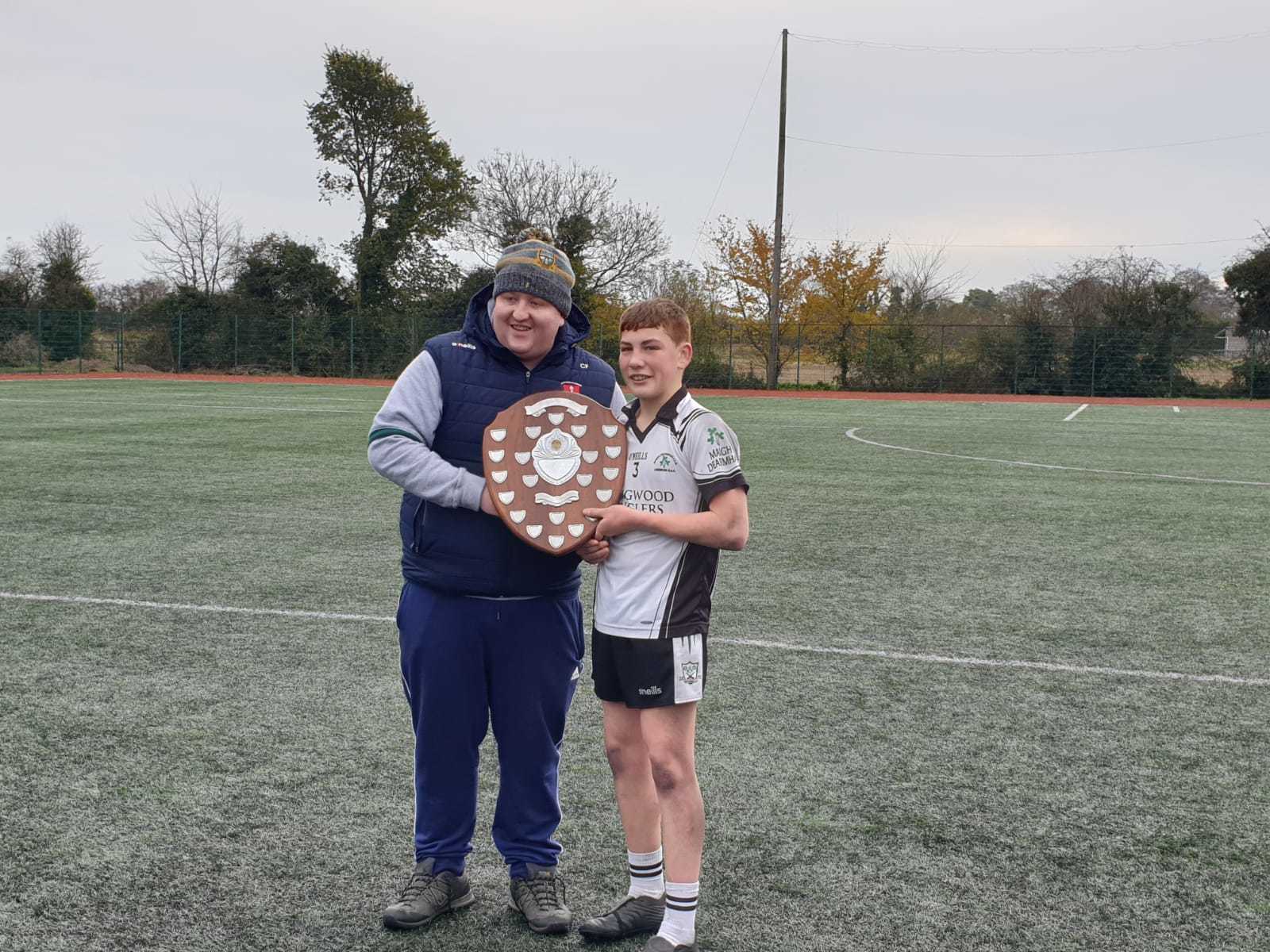 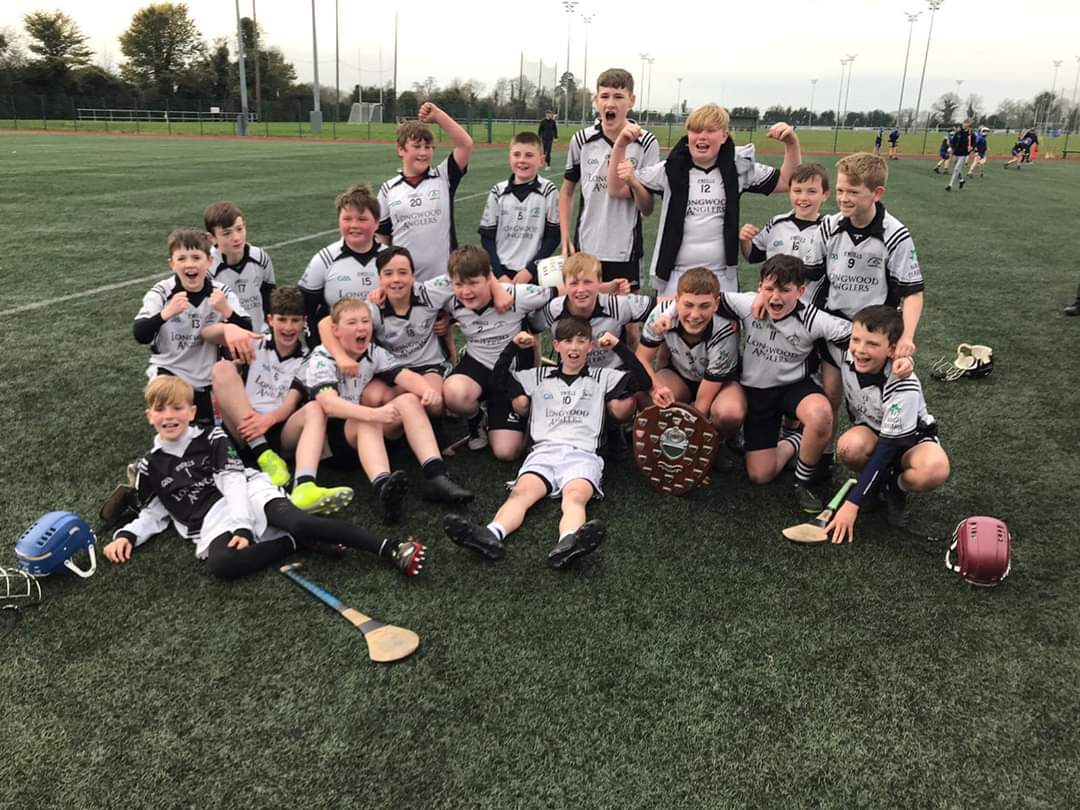 Longwood's hurling future looks bright. Admittedly it will take a few years for these boys to come through to the senior ranks but the potential is there for all to see.

Their victory over Donaghmore/Ashbourne in the U13 League Final was a fitting climax to a season which had seen them improve with each and every game.

Despite playing on Dunganny’s 3G pitch, a somewhat alien surface to both teams, we were treated to an exciting game of hurling with both teams enjoying periods of dominance.

The large Longwood crowd saw their young team settle quickly; an opening point from midfield dynamo Conor Dixon after just 90 seconds gave the boys from south Meath a lead they would never relinquish.

After 13 minutes they had extended the lead to five points, a pointed 65 from captain Malachy Fisher was backed up by a goal from ace marksman Ben McLoughlin.

To their credit Donaghmore/Ashbourne responded well with a goal and point of their own to reduce the deficit to a single point before McLoughlin raised another white flag with an excellent point from play.

The restart saw Longwood grab the game by the scruff of the neck. Malachy Fisher’s goal after 3 minutes was the catalyst. The captain won possession in midfield before bursting forward and finishing to net with aplomb.

The lead was now five but Longwood were not for stopping. Ben McLoughlin, by now a persistent thorn in the opposing defence, scored a goal and a point within sixty seconds. A nine point lead with fifteen minutes to play looked relatively secure but the game was turned on its head with a brace of Donaghmore/Ashbourne goals.

The jangling nerves of Longwood supporters were almost audible at this stage. Thankfully the players remained calm. The defence stood firm and withstood all their opponents could throw at them. Late points from Conor Dixon and Ben McLoughlin saw the team home.

The final whistle was greeted with a mixture of relief and joy. Players embraced their team-mates and tears flowed freely from players and supporters alike.

Minutes later Malachy Fisher accepted the trophy on behalf of the team and delivered an excellent speech, thanking his colleagues, coaches and parents for their contributions throughout the season.

A fantastic day for our young hurlers. They may not even realise it but they have created magical memories that will stay with them for many years to come. These young men are a credit to their families and their club, and we look forward to seeing them progress through the juvenile ranks in the coming years.

Huge credit must go to the coaches – Enda Dixon, Jim Dorran and Mark Hanlon Upton – who have devoted countless hours, week after week, to develop the players’ skill and nurture a fantastic team spirit which is visible to all. Well done lads.

A big thank you to the Longwood supporters who created a fantastic atmosphere on the big day.

So well done lads. Enjoy the celebrations – they are richly deserved. You have finished 2019 in tremendous style. 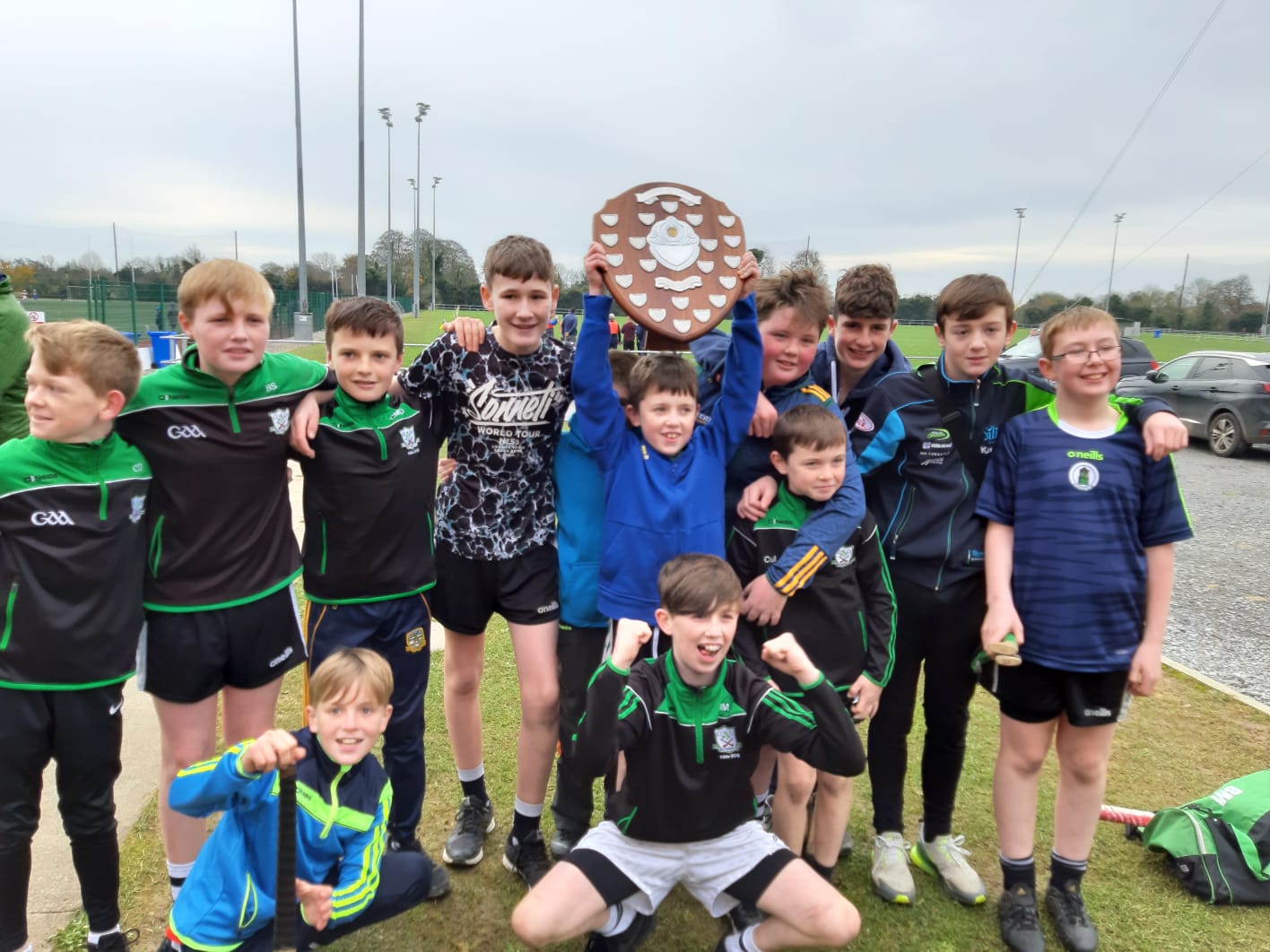