Footballers off to a disappointing start 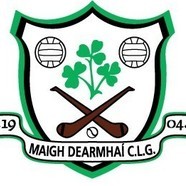 Longwood kicked off their 2019 season on Sunday morning at a bright but bitterly cold Dunsany.

Understandably the boys were somewhat rusty on what was their first outing for nearly three months. That, combined with the fact that they were missing a significant number of players due to intercounty commitments and injuries, meant it was always going to be a difficult task against a fired up opponent. This is something that the boys will have to get used to; being a senior championship team means that every opponent will be targeting victory against them during the league campaign.

To be fair, the lads battled right to end with Niall Mulvey and Karl Ennis carrying the fight to Dunsany throughout. Longwood's already depleted resources were stretched even further when Sean Sheridan and Evan Coyle were forced off with injuries.

Dunsany were fully deserving of their victory and we congratulate them accordingly.

With the benefit of a competitive game under their belt, we can be sure the boys will improve over the coming weeks.

The second round of the League takes place next Friday, February 1st, @ 8.00 p.m. when Ballinlough visit Longwood.