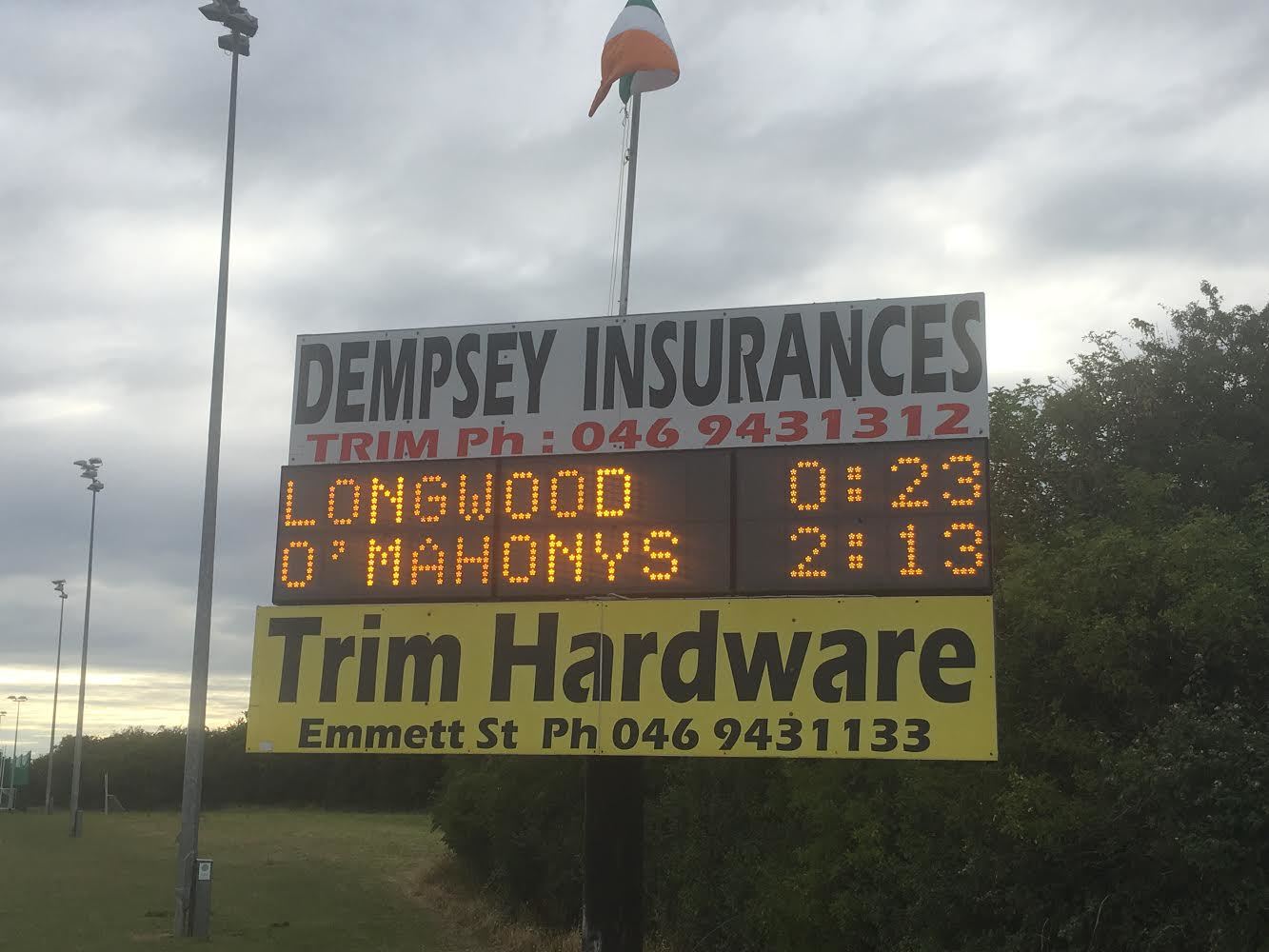 Longwood maintained their unbeaten record in championship 2018 with a hard fought victory over O'Mahonys in Trim on Sunday evening.

While the game could not be called a thing of beauty, it possessed all the physical cut and thrust of championship with no quarter asked or given.

Longwood were quick out of the traps with Damien Healy registering the opening point from play after just 22 seconds.  Longwood hit a couple of poor wides before O'Mahonys drew level with a pointed free.  This was the signal for Longwood to take control, hitting a purple patch with 5 successive points from Ryan Moore, Anthony Healy (2), Aaron Ennis and Damien Healy.  Ultimately this spell of dominance was to prove crucial at the end of the game as the teams were well matched for the remainder of the contest.

O'Mahonys responded with their trademark grit and bagged a goal and a point to eat into the deficit.  But Longwood have displayed calmness and composure in the face of adversity throughout this season and once again they stood up to the challenge; points from Mickey Burke, who played a prominent role throughout, Eoin Lynch and Anthony Healy restored their advantage on the scoreboard.

The second half was barely a minute old when the referee awarded a penalty to O'Mahonys.  The resultant set piece was dispatched to the net with the minimum of fuss and Longwood, now playing against the wind, found themselves level with almost the entire second half to come.

Yet again the required response was forthcoming with scores from Mickey Burke (2), Aaron Ennis, Anthony Healy and Karl Ennis.

O'Mahonys threw everything at Longwood but they stood firm; the full back line in particular came to the fore with some tenacious defending from county star Chris Lynch, ably supported by Paul Gill and Johnny Furey.

A couple of late points from ace free-taker Healy steered the ship home to safety and Longwood now sit atop Group B with two games remaining.

Well done to all members of the panel and management team.  Here's hoping we can continue the winning habit.

Next week the focus turns to the big ball as Longwood face Syddan in Round 3 of the IFC.  The game takes place in Trim on Sunday evening @ 18.00